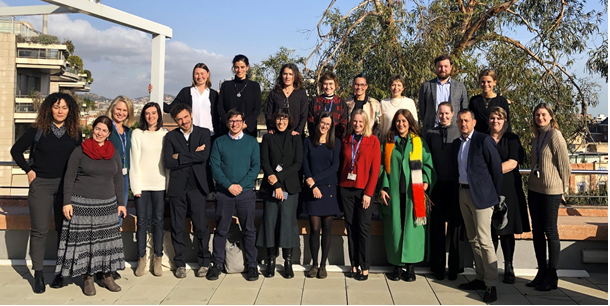 Researchers, lecturers and experts in gender equality from various international universities and business schools met in Barcelona for the launch of EQUAL4EUROPE, a research project funded by the European Commission. Led by ESADE, the project aims to identify and develop gender-equality plans for European research and higher education institutions to apply in their management strategies and diversity plans.

The consortium aims to identify and enable the levers that make it possible to mainstream gender in education and research, reduce gender imbalance in decision-making bodies and eliminate lingering barriers in the recruitment, retention and, especially, promotion of women.

According to Anna Ginès, coordinator of EQUAL4EUROPE and associate professor at ESADE Law School ‘The higher the position at European universities and research centres, the fewer the women who hold it.’ ‘It is like a leaking pipeline’, she warned. ‘Women go from accounting for 47% of PhDs to 33% of researchers to 20% of full-time lecturers. With regard to management bodies, only one in five European institutions in the field are headed by women.’

According to Yvonne Vermonden, project leader of EQUAL4EUROPE at Nehem and one of the initiators of the project fully agrees with this statement and adds: ‘it’s not just an issue for universities, but we see a similar development within organizations. Therefore, we are very happy to join this project and we will definitely take the lessons learned to heart’.